This time I would like to write about my 10 days trip to Rotterdam. In every semester break, I always travel back to Indonesia and in between I usually try to find a place to stop over and go sightseeing. In December 2008, I bought flight ticket Amsterdam – Indonesia which meant that I had to buy separate ticket from Trondheim. As usual, I bought ticket Trondheim – Oslo and Oslo – Amsterdam 😉

I traveled 10 days earlier than my flight schedule to Indonesia and stayed at my friend apartment in Rotterdam. I walked around the city, visited my other friend who study at Delft and took a trip to Amsterdam and Brussels by myself and Dusseldorf (again) with my friend to visit Christmas market. It’s quite fun though, wandering around like a lost kid:-D.  I took tram almost everyday to travel in Rotterdam, metro to  Denhaag, train to Brussels and bus to Dusseldorf. Even though I struggled hard to take pictures of myself (to prove that I was there 😉 , I still managed it by using all the available trash cans or anything nearby that can be used to put my camera on top of it ;-P

Some pictures in Rotterdam: 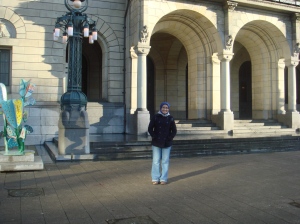 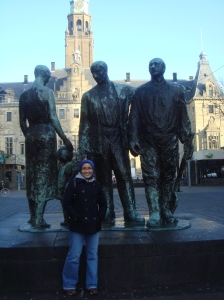 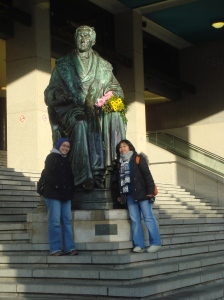 near the harbour at Rotterdam 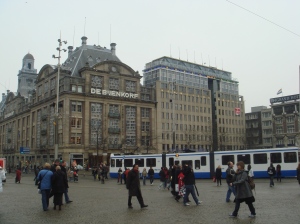 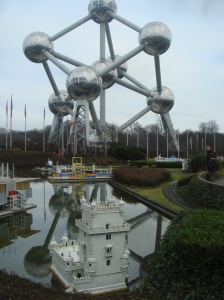 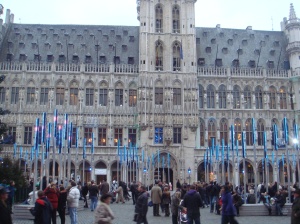