Since all the tickets were bought separately, I had to pick up my check-in luggage in each airport 😦 and had to stay overnight at Dusseldorf airport because the flight from Dusseldorf was early in the morning.

After googling in the internet, I found out that I can put my luggage in a locker in Dusseldorf airport which cost around 3 euro (now). After arriving in Dusseldorf, I put my luggage in the airport and took the train to the city center which was around 15 km from the airport and it cost 2.4 euro (Wikitravel). It only took less than 15 minutes to the city center. I walked around and took some pictures with my pocket camera for a few hours before heading back to the airport.

In the airport, I slept in the departure hall (which was allowed to do and it was safe). In the morning when I woke up before checked-in time, suddenly one guy came to me and gave me 2 boxes of orange juice 🙂 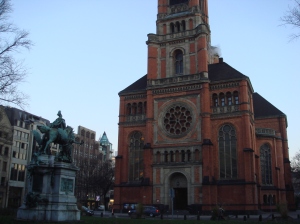 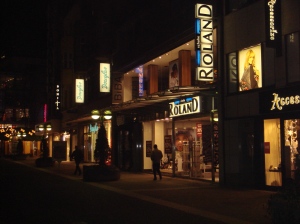 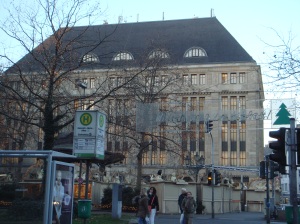 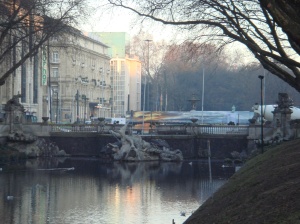